Exclusive: SB19 drops their highly anticipated debut album, ‘Get in the Zone’ 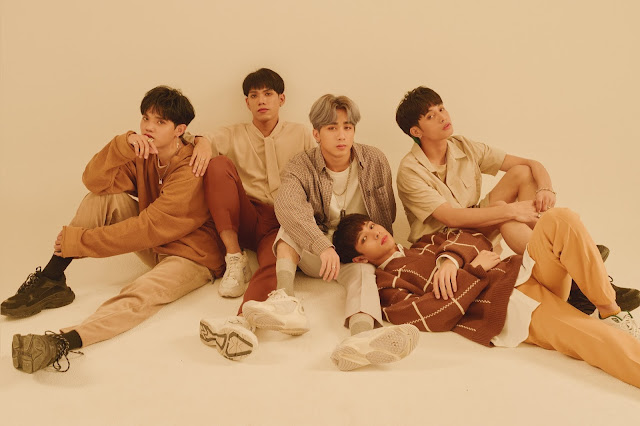 SB19 pushes the envelope of pop music with the release of their debut full-length album, Get in the Zone, out today on all digital platforms worldwide via Sony Music.

Mashing together various music influences with top-tier production and global appeal, the nine-track release features six original compositions, along with the EDM version of “Love Goes” and two instrumental songs.

Thematically speaking, Get in the Zone maps their creative and personal journey. “It hasn’t been long since we released our debut single ‘Tilaluha,’ but prior to that, we have been training for years already,” says Sejun. “We wanted to incorporate all the things that we have experienced during trainee days into this album by putting all the emotions that we went through into our music. It was an emotional rollercoaster, but we pulled through and we hope that we get to inspire people with our story.”

SB19’s first album kicks off with the two-punch knockout of “Alab” and “Go Up”—both chart-topping singles that bask in electronic grooves, pulsating hip-hop rhythms, and technicolored beats. These songs not only exude outsized charisma, but it also showcases SB19’s potential as a phenomenal pop group capable of defying trends and trailblazing a new movement in the international music arena.

Get in the Zone takes a more somber turn with “Tilaluha,” a stripped-down ballad that tackles one’s remorse over reciprocated romance. It’s a refreshing misnomer in a record filled with upbeat jams and shiny pop tunes, and one that blows the roof off, vocal performance-wise.

The winsome streak continues with the R&B-infused “Love Goes,” a song that talks about one’s suffering over a lost loved one, and its sequel, “Hanggang Sa Huli,” which allows the broken person to heal and find comfort in a kind of love that lasts a lifetime. The sonically adventurous album also includes “Wag Mong Ikunot Ang Iyong Noo,” a Filipino adaptation of the Korean ‘90s smash “Sarangeun Ya YaYa,” as well as an EDM remix and two bonus tracks.

According to Sejun, what sets Get in the Zone apart from other contemporary releases is the collaborative synergy between K-pop producers and Filipino talents, resulting into an exciting yet compelling final product. “It’s a great thing to get all the good traits from Korean and Philippine music/culture, and put them together into one. If you’ll dive deep into it, you’ll find a whole new sound rich in both cultures.”

As for the creative process, SB19 members Justin, Sejun, Josh, Ken, and Stell are very hands on when it comes to writing songs and creating melodies. Justin shares, “In this album, we didn’t collaborate with any other artist. We also wrote the lyrics for all the songs ourselves, but we’ve worked with Korean Producers who have also worked with famous artists in Korea already. It was a different experience for each producer since they have different styles, but overall, everything was fun and exciting.”

The award-winning band dedicates their new album, Get in the Zone to every single one of their A’TIN fans who have relentlessly supported their music through thick and thin. “All our achievements to date would not have been possible without you,” says Josh. “So in return we will work harder and continue to uplift you with more music and content so that we can give back the love we’ve received from you.”

Check out SB19’s Get in the Zone here.

Posted by Demure Sweetie at 9:35 AM