EDM artist Nevada new single Lie To Me is out now!

Nevada says in his youtube channel, "I wrote this about relationships that are built on a lie. We become so numb to the pain that we begin to believe it is normal and ‘ok’. It may be the only thing you know but I promise, there is better out there than the struggle you’re going through right now. Break The Chain!"⁣.

Stream now people! I find the chorus catchy and the melody is so good. 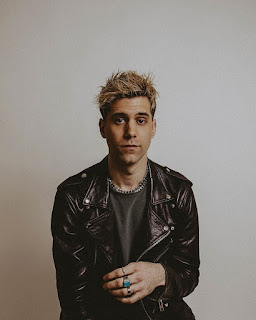 Nevada is a 29-year-old Stockholm-based American artist, DJ, producer, and songwriter. Having spent his formative years perfecting his skills in Nashville, Tennessee, he became influenced by the House and Hip Hop/Trap scenes and developed a passion for electronic music. He's produced for many artists, contributing to achieving RIAA Gold status and Grammy award-winning albums.

From there, he evolved into a rare breed of artist - one who writes and produces all of his material. Nevada combines elements from electronic pop, house, trap, and acoustic instrumentation along with his finely tuned songwriting skills to create a sound that is instantly accessible and refreshingly unique.

Nevada is well known after climbing the charts with his debut single 'The Mack' on its 20th-anniversary. The house rework of English R&B artist Mark Morrison's 1996 hit featured Mark Morrison and special guest Fetty Wap on vocals. The track has since amassed over 380 million streams globally and climbed the Top-10 charts in multiple countries (Top-50 in 27x and Top-100 in 41x).

Following the success of 'The Mack' and his official remixes of several high-profile artists, such as Liam Payne, Charli XCX, and Benjamin Ingrosso, Nevada has become an exciting artist to watch.

Now with a brand-new team, Nevada is finally back releasing his much-anticipated 2020 singles. The first one out this year is 'Lie To Me' featuring Mopiano and ORKID on vocals. (source: Bio in Spotify)

You can find his socials at:

Posted by Demure Sweetie at 3:15 AM