We’ve gotten used to watching shows using anthromorphic creatures as their main characters to drive their story forward. Movies and shows like My Little Pony, Tom and Jerry, and even Digimon have animal characters that one way or another exemplify our human nature. But did you know that there’s a community of people that are fans of this story telling device?

And they are called furries.
So, what is a Furry then?

Furry is a hobby where the fans have an interest towards animal characters with human characteristics. Such characters can be found in many media such as movies, shows, games, literature, toys, cosplay, art, and many more, for any ages.


Sometimes, “Furry” refers to the person who is a fan of the furry hobby. It can also be used to refer to “animal characters with human characteristics”.
Furry characters can be Mickey Mouse, Bugs Bunny, Crash Bandicoot, and many characters from shows such as Zootopia, The Lion King, Secret Life of Pets, How To Train Your Dragon, Kung Fu Panda, etc.
Who are into the hobby?
Furries come in all shapes and sizes. And when it comes to who’s into the hobby, the furry community has always been one of the more inclusive communities worldwide. That also is true to the Philippines furry community.

In fact, the PH Furry community has a whole slew of enthusiasts. Ranging from entrepreneurs, to artists, designers, even engineers and academians are active furries. Age wise, the Furry community is open to all ages, but majority of the members are around 18-24 years old.
Difference?
While there’s a collective global community of Furries, the Philippines’ Furry community sets itself apart.

The local furry community is more open to people knowing that they’re Furries and welcome those who are familiar and not too familiar with the hobby. In fact, local Furries don’t hide what they are in the Philippines and are more than happy to explain their hobby to anyone who is interested or wants to know more about it. 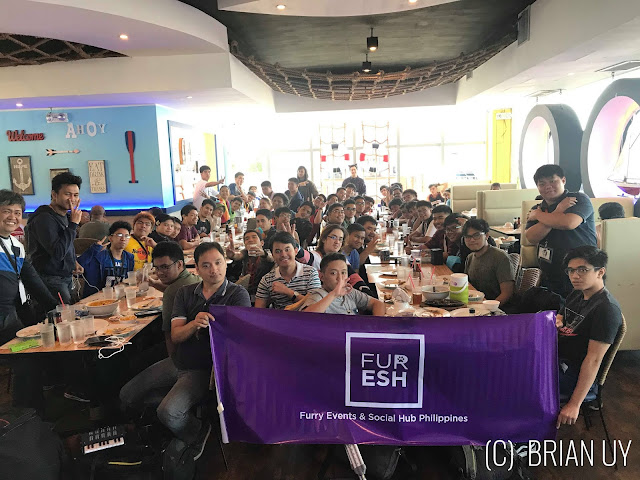 This is also true in how the local community treats its conventions. FurryPinas, the annual premiere furry convention in the country has a more welcoming attitude than most furry conventions elsewhere. The organizers take on a more Eastern and Western attitude in the organization and aims to making the most amount of people happy while sharing the love of furry to furry Hobbyist and non-hobbyist alike.

The convention aims to provide attendees a more active participation compared to other cons. Providing a more welcoming avenue for those who want to understand and know more about the hobby while providing a safe and happy space for Furries to just have fun, socialize, and enjoy the hobby as a group. 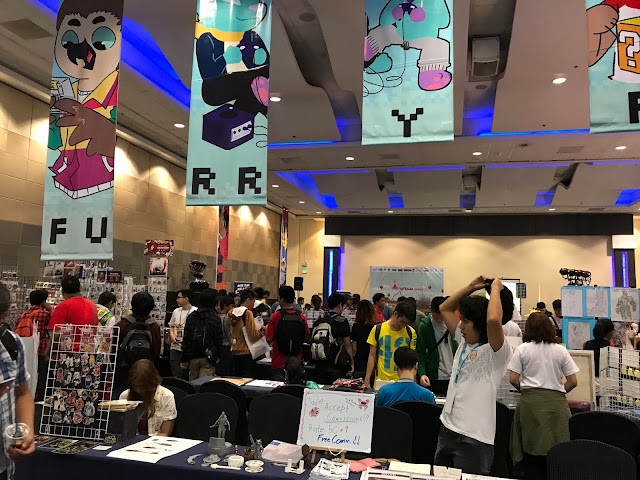 FurryPinas is set to happen on June 8-9, 2019 at the Bayanihan Center (Near SM Megamall). For more information about FurryPinas 2019 you can head to the FurryPinas 2019 site or fanpage you can also check out the Facebook event page to get updated. 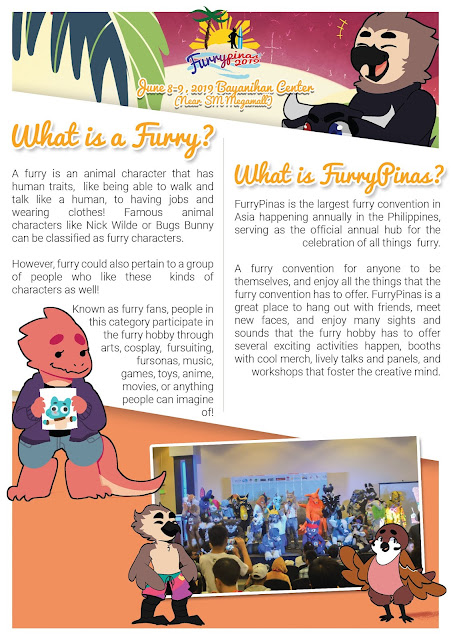 Posted by Demure Sweetie at 9:56 AM