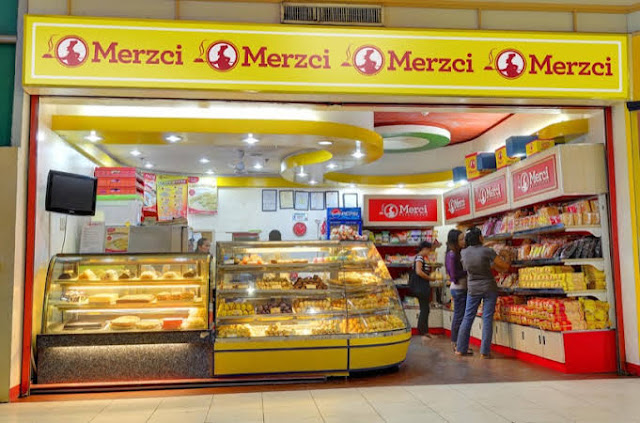 MERZCI is the trade name of CM & SONS FOOD PRODUCTS, INC. It is the leading bread and food
pasalubong producer in Bacolod City and the island of Negros. It carries a wide array of product
lines, namely, BAKESHOP, FAST FOOD, PASALUBONG, and PURIFIED WATER.

The company maintains optimum standards in its manufacturing processes and is constantly updating
and improving its product lines. Along with its constant improvements, it strives to deliver customer
satisfaction by bringing the highest “Value for Money” to its customers.
In 2014, following its trademark application with the Intellectual Property Office of the Philippines (IPO)
, the trade name got updated from Merci to Merzci. With the update in the name, came the upgrades
and improvements of the company to produce better products and services to its customers. Thus,
launching the brand in October 2014 as “The New and Improved MERZCI”. The addition of the letter
Z in the name signifies that the company has been gearing up and focusing on targeting the
GENERATION Z as the main market of its products and services. Customers can expect more from
the company in the succeeding years – new products, more branches, improved customer service,
and new ways to experience, share, and be part of MERZCI.
As of Jan 2018, the company is manned by a 1, 600-strong workforce more or less, with each
department effectively working together to produce and maintain quality products for its customers.
CORPORATE VISION
Merzci will be a TOP LEADING BRAND in the Philippine Bakery Industry in Bakeshop and Pasalubong
that is aggressively present NATIONWIDE serving quality and reasonably-priced products.
COMPANY MISSION
The company aims to continually provide its consumers with the highest quality products and services
to maximize their money’s worth:
COMPANY ROOTS

CM & Sons Food Products, Inc. was established as a family enterprise in 1995 in Bacolod City,
Negros Occidental. Its products are marketed under the trade name “Merci” a French word meaning
“thank you”. Though the trade name is undergoing a rebranding process from Merci to Merzci, the
company still believes that it will remain competitive in the food market.

Merzci started as a small bakery, supplying breads to a single store at the Libertad Market. Eventually,
its popularity became undeniable due to a growing satisfied customer pool. With its high quality
breads at affordable prices, combined with aggressive marketing strategies and the ingenuity of youth,
it did not take long for the company to establish its own branches around the city and supply products
to satellite dealers all over the province.

Merzci also evolved into a fast food restaurant serving scrumptious and affordable snacks and
short-order meals for people on the go.

Complementing its food line, it diversified its business interests in 2003 with the introduction of its
bottled purified water brands distributed around Negros Island, namely MERCI PURIFIED DRINKING
WATER and VITALIFE PURIFIED DRINKING WATER. Despite competition from national brands, the
two brands successfully sliced a big share in the province’s purified water market in only a few
months’ time and up to present. The water brand is also expected to follow suit in the rebranding of its
trade name. 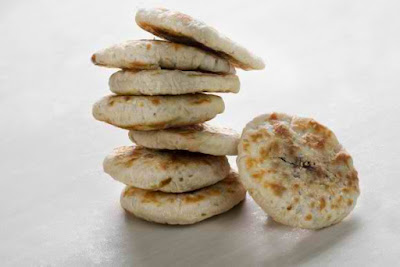 The success of CM & Sons Food Products, Inc. may very well be attributed to its ability to cope with
the emergence of new markets and opportunities.

In January 2005, CM & Sons launched its newest line – MERZCI PASALUBONG TREATS, to cater to
the growing tourist and balikbayan crowd that regularly come to the province. The pasalubong treats
have gained a massive “suki” consumer crowd that prompted the company to open its first pasalubong
center in Singcang, Bacolod City in September 2005. This branch is only about five minutes away
from the old Bacolod Airport which, at that time, gained a wide acceptance among the locals and
travelers alike. Seven months later, a second pasalubong center emerged in Mandalagan in April 2006,
which now caters mainly to travelers leaving the city on the way to the north of the island. In 2008,
when the New Bacolod-Silay Airport was opened to the public a new branch conveniently located at the
Departure Area was opened for its customers who are always on the go. And, most recently last
February of 2013, BREDCO Branch was established to cater to Iloilo-Panay travelers making it a point
that, indeed, Merzci will always be a part of a traveler’s Bacolod experience.

For more than two decades, the company has produced quality products from breads to pastries to
Visayan delicacies to short order meals and even purified water. Products are made available in the
different branches and dealers in the Negros Island, Panay, even reaching as far as Tuguegarao City in
the North, Zamboanga City, Manila, and Cebu. Some products are also exported by distributors to
Canada, the USA, and other parts of the world.


The company follows strict implementation of hygienic practices among its workforce and sanitary
practices in the workplace, living up to its FDA-approved status. Every product is diligently packed and
checked for safe storage and consumption.