In celebration of their 25th anniversary, Natasha – one of the country’s top direct selling company – will host an anniversary concert called “Ikaw ang Star” on August 25, 2018 at the Smart Araneta Coliseum. 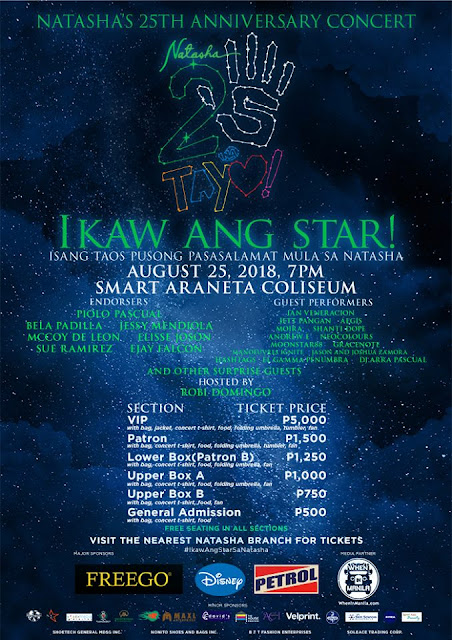 Natasha’s 25th Anniversary Concert: Ikaw ang Star will be a night of celebration to thank its members in making the company shine over the years.

Natasha will deliver a night of wonderful music from popular artists from the past and present, and showcase the trendiest styles in fashion today through a fashion show concert.

The concert will showcase talents of Filipino artists from different generations in the likes of Maneouvres, Neocolours, Andrew E, Moonstar88, Gracenote, Shanti Dope, DJ Arra, Moira, and other surprise guests.

El Gamma Penumbra, Asia’s Got Talent Season 1 Grand Champion, will also perform at the event to showcase the colorful history of Natasha.

Apart from the concert itself, Natasha will also have mix of pre-concert activities such as the Stars Walk of Fame, a photo exhibit showcasing the past 25 years, a Rookie Membership mini event. 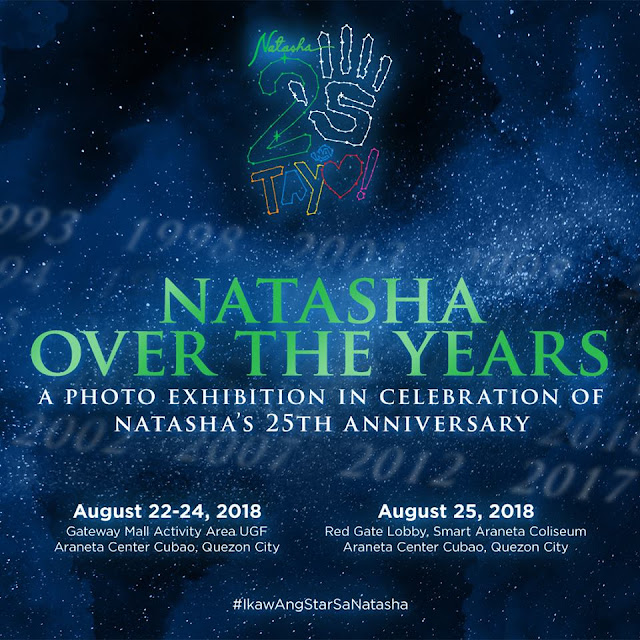 Tickets to the anniversary concert are available in select Natasha branches.

Posted by Demure Sweetie at 6:52 PM