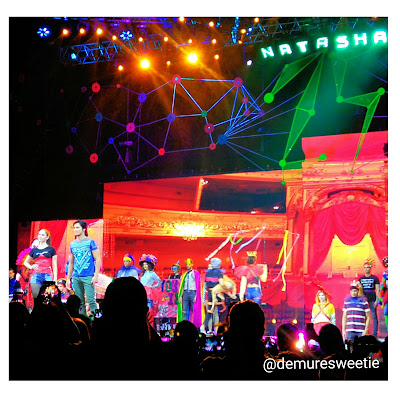 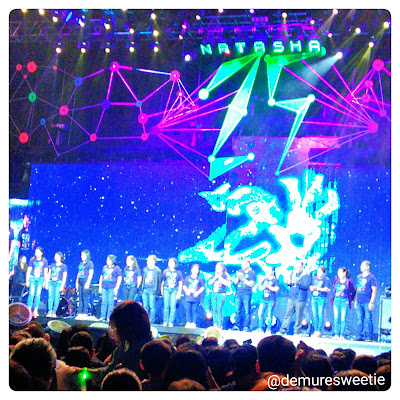 It was a night with the stars but the true stars are the direct sellers and managers of Natasha. Members who have been active for years told their stories via two videos. They shared stories of how they conquered the ups and downs of doing business and how Natasha helped them have better income.

At the end of the concert an announcement was made that The Natasha online shopping app will soon be available. Orders will be directed to the branch the buyer wants and not solely to the company. With this app selling and buying will be easier. Also the need to send hard copies of brochures to customers will be less. This is one of the ways Natasha proves that it can adapt to the modernization of shopping.

For more pictures click here.
For pics/ videos click below.
http://instagram.com/demuresweetie
http://www.youtube.com/lirz
Posted by Demure Sweetie at 11:57 AM