Saint Teresa of Calcutta Awards opens call for nominations: A tribute to 31 years of Saintly Selflessness 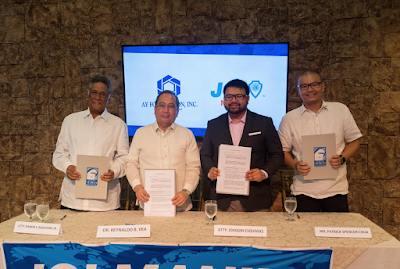 The award is open to any living individual, regardless of age, gender, race, and religion, who has dedicated himself fully and selflessly to humanitarian work among underprivileged Filipinos for at least 25 years. In addition, nominees will be likened to the degree in which they follow the example of Saint Teresa, both in integrity and in the simplicity of their lifestyle.

Established in 1983 by the A.Y. Foundation (AYF), Inc. and the Junior Chamber International (JCI) Manila, the STCA took inspiration from the life and works of Saint Teresa, a Nobel Peace Prize awardee who showed compassion for the poor and has inspired many to follow the same path.

The award-giving body aims to encourage the public to refocus on the importance of helping others by recognizing individuals who have dedicated a portion of their lives serving the “poorest of the poor” just like Saint Teresa. The winner will receive a cash grant of One Million Pesos (PHP1,000,000.00), at least half of which will be donated to the winner’s charitable institution of choice."

As we celebrate the organization’s 31st year, we’d like to inspire more people, especially the youth, to be more involved in their community through honoring the selfless individuals who have dedicated most of their lives by serving the poorest of the poor.” says Patrick Chua, 2018 Chairman of the Saint Teresa of Calcutta Award. Nomination forms may be downloaded from their Facebook Page (www.facebook.com/STCAward). Only completed nomination forms shall be accepted. The full list of rules and regulations can be found at the back of the nomination form.