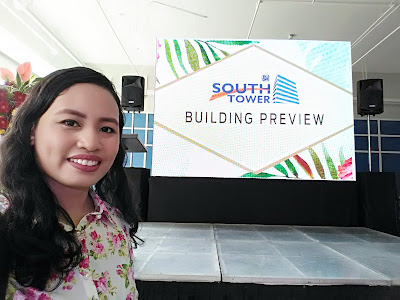 SM South Tower in Las Pinas had its previewing last November 16, 2017. With the theme tropical, guests wore earth colored clothes or with nature prints like I did. Food was served in buffet style. The property manager with the bloggers went to the Sky Garden. 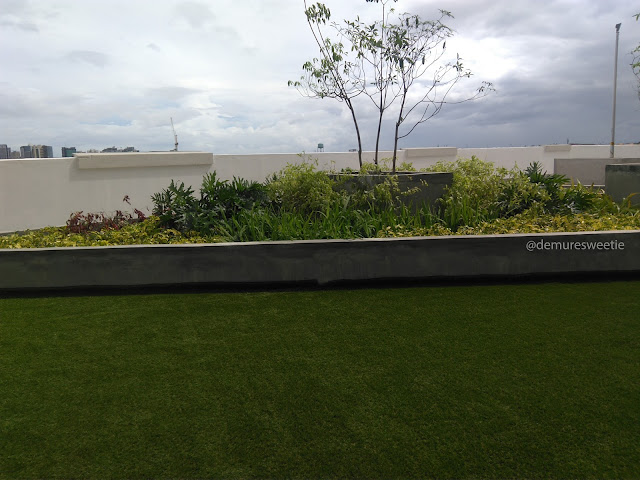 This picture of the Skygarden is just a mock up. They plan to put trees, turf grass and trees. Probably it will be finished by December as they want to conduct a Christmas there. They will follow the ordinance that one smoking area per building so they will designate a smoking area.

I asked how will the partition be if the offices want to use the Skygarden. They replied that they will make house rules on how to use it. 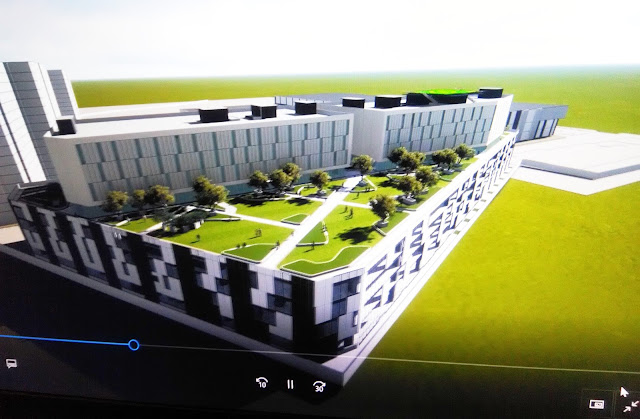 The picture above is the expected final layout. As of the moment there are One and Two Towers. The first four floors are car paking and 5th to 7th floor are the spaces for lease. SM Prime Holdings Inc, the developer, plans to have 4 towers in the future. They also plan to develop it into a complex.

When I asked if they are open with the concept of the trendy co-working space and they said yes. They allow sublease. The office spaces are not yet fully occupied.

The occupancy ratio is approximately 2650 sqm per floor. Load capacity of floor is 5 sq.m per person. The turnover condition is bare shell/warm shell. There will be 4 elevators per tower. There will also be four parking elevators.

There will be two generators to be installed. As for fire protection there will be fire exit pressurized fans, sprinklers per floor and smoke detectors. There would also be fire pump provision.

Parking and access will be discussed along with the contract. Not all employees per office can park. Designated parking slots will be according to the agreement or contract. Parking slots for motorcycles is 1128 slots and 8 slots for compliant disabled parking spots. Parking rate is to be announced.

As for telco stub-out and telco grounding per floor will be provided.