Poor Treatment to Media Bloggers at a mall show

I support artists who are talented but have very limited resources for promotions. However I also believe that handlers and organizers should treat media people properly.

End of January, a member of Hanry Events asked for my help as kpop group AxisB will have a Philippine tour. These are my 'friends' from a fandom.  The Philippine manager, a member of UP Otakufest, asked me to search for guesting, sponsorship and also gather at least 10 bloggers for the presscon of AxisB February 16, 2017 4-5pm and sent an email containing the press release article. 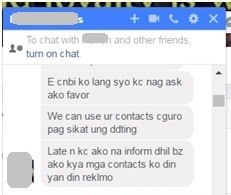 She said media bloggers will be considered as media partners, will be included in PR materials and will be provided with light snacks. I sent the artist's profile to bloggers and stated that I am not compensated for this project and had the same 'privileges' like other bloggers. I understand if they would decline due to no token (cash/gift cert). I was able to get 7 bloggers. 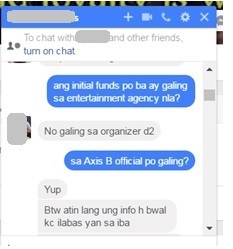 Days before the event I called the organizers to edit the press release article and include detailed schedules per city. They agreed to do so but no revision was made. I researched their schedule over the internet but didn't make changes as the Philippine manager said the original press release should be posted.

The press release article was posted by the bloggers before the event.

Three days before the event I called Hellokpop's contributor to ask if they know further details of the press conference. She said the mall did not allow a press conference before the actual mall show and fan meeting which will start at 5pm. Media will ask questions after the first performance of the show. The Philippine manager did not even inform me of this but hellokpop was informed a week before. I sent a message to the Philippine manager asking if there are changes. The organizers should inform me of the changes.

One comment from the bloggers is attendees should register by filling out a notebook. It is not even computerized. She feels quite offended because the people in the registration are keeps on asking "Ano yun?" (What's that?) after she introduced herself as a media blogger. Hopefully the word "ano yun" doesn't mean "sino ka ba?" (Who are you?)

Media bloggers were not mentioned during the event. After the event I sent messages to the organizers to mention us as media partners to future shows but no response.

I have been asking for PR kit to be given during the show but whenever I ask that no response. I do understand that a rookie group needs more income for further promotions but how can media partners promote something we do not know.

Many songs were peformed. The organizers told me there will be photo opt at the backstage before the fan meeting. The media waited but to our surprise Axis went on the stage for the fan meeting.

The media had a group picture with AxisB before the fan meeting started.

The organizers told me there is a media after the event. I asked the blogger if they are willing to stay longer but can leave if they want to. Media stayed for hours before they were able to meet AxisB inside the conference room of Robinsons Forum.

Fans were able to do handshake with AxisB but media had no chance. We are media partners and promoters of the artist. We are not strangers or gate crashes.

I apologized to the bloggers as we make our way out and explained that this is my first time to work with the organizers.

As the media time is about to end I asked the media bloggers to line up for the selfie with the group. AxisB was posing with me already but the Philippine manager cut it out.

Media bloggers were not allowed to take selfie with the group during media time. Agencies should allow their new artists to have selfie with media if they want their artists to be promoted well. Creating barriers will make the artists look unapproachable.

Bloggers observed proper decorum and allowed the correspondent to finish interview without interruptions. Total silence cannot be achieved in a very small room. Bloggers shouldn't be blamed because the correspondents was given a chance to take video and interview the artist.

Bloggers have attended many press conferences and interviewed many artists in the past.

I got informed that way back 2013 there was an event in Manila by Otakufest, Media were not given food and token and the event lasted until night time. UP Otakufest is from Cebu. I graduated from year 2011 but from another UP unit. Otakufest please practice Honor and Excellence.

I am writing so that you can improve. I will not write this if the treatment is good. You cannot expect bloggers not to react because we are also humans.

Handlers should invest in promotions if they want their artist to gain fame.

I am disappointed that I was not even introduced to AxisB by my 'friends'. I even brought a rechargeable fan for the artists because a member of Hanry Events posted they need one. I did out of sincerity and not for exchange of picture or proper treatment.

Please take note that this post event write up is also a compilation of the review and complaints of the bloggers who attended the event. As the one who made the bloggers to sign up in the event I need to write this. Feel free to contact the other bloggers.
Posted by Demure Sweetie at 6:45 AM