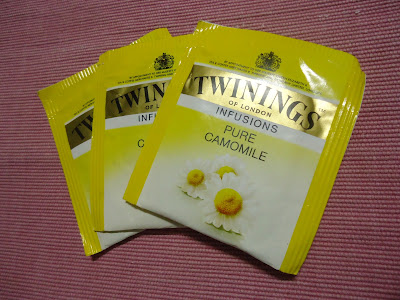 Whenever I experience stomach pain or trouble one of the remedies I do is drinking tea. Tea helps in the digestion. The warmth from the hot tea also helps the stomach to be relieved. 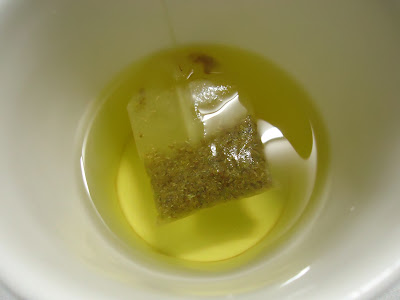 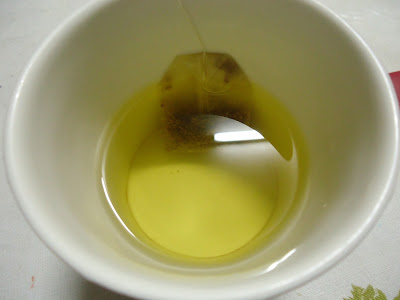 Twinnings Camomile tea is light yellow and really won't get darker than that. I usually drink it when it is hot. I haven't tried making it as an iced tea.

I researched about the benefits of Chamomile:

It as an anti-inflammatory, antioxidant, mild astringent and healing medicine. As a traditional medicine, it is used to treat wounds, ulcers, eczema, gout, skin irritations, bruises, burns, canker sores, rheumatic pain, hemorrhoids and other ailments.

Chamomile liquid extract has been frequently used as a mild sedative to calm nerves and reduce anxiety, to treat hysteria, nightmares, insomnia and other sleep problems.

Chamomile has been valued as a digestive relaxant and has been used to treat various gastrointestinal disturbances including flatulence, indigestion, diarrhea, anorexia, motion sickness, nausea, and vomiting.

There are also precautions about Chamomile:

Posted by Demure Sweetie at 6:29 PM

Email ThisBlogThis!Share to TwitterShare to FacebookShare to Pinterest
Labels: Food